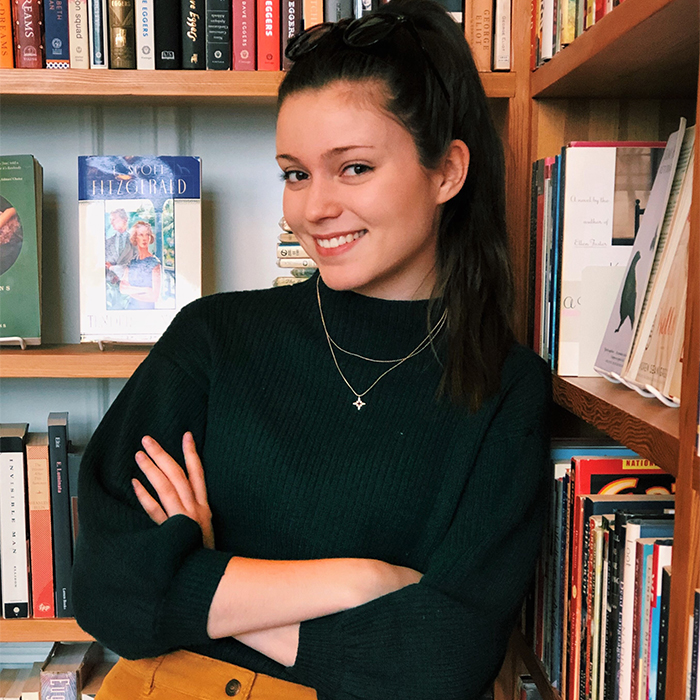 Layne Wells graduated from Scripps College in 2019 with plans to pursue a career in genetic counseling. She currently works as a genetic counseling assistant in pediatric cardiology at Primary Children’s Hospital in Salt Lake City, and took HMX courses to advance her understanding and strengthen her application for graduate programs.

Why did you want to take HMX online courses?

I plan to become a genetic counselor, which is a career that I didn’t even know existed until I was 20 years old. So throughout the last half of my undergrad career and now being just about a year outside of it, it’s been about systematically interrogating the weak spots of what my application will be.

Genetics is something that I really wanted to strengthen. I saw that one of the HMX Genetics instructors is, in fact, a genetic counselor [Carrie Blout of Brigham & Women’s Hospital], which I found to be an incredible asset that the course had that I hadn’t seen before. In terms of physiology, I currently work in pediatric cardiology, which isn’t something I had ever been exposed to before in a workplace setting. I thought it would be really helpful to understand the mechanisms of what that looks like.

How challenging were the courses for you?

For the genetics course, there was some vocabulary that I needed a little bit more fluency in. Understanding that and being able to talk about it in full sentences, instead of filling in the blanks – like I had as an undergrad – was really helpful.

Physiology, I found that challenge level to be a lot higher. It wasn’t impossible, but it was something I did have to dedicate a lot of time to. I think part of that has to do with the fact that my biggest involvement with the US health care system has been as an EMT. There isn’t a whole lot of follow-through once you establish a transition of care for a patient in the emergency room. What the physiology course does really well is it establishes a care path for a patient and talks about not just a snapshot of their health condition or what they’re experiencing physiologically. It follows through a whole scenario, showing how conditions can stabilize and change over time. That was a challenging transition to make, but I think it was probably a good and effective one overall.

What elements of the courses helped you most in understanding key concepts?

I really appreciated the fact that [HMX Physiology instructor] Dr. Richard Schwartzstein would exemplify different concepts with non-anatomical objects first. He would use something like a balloon, or a yogurt cup on an airplane, or a champagne bottle, to talk about those physiological concepts from a very simplified perspective. I think if he’d automatically used something like the kidney or the heart or the lungs, where there are a lot of different moving parts and things going on, it would have been way more challenging. But establishing that fundamental basis with something that most people can have a mental image of was really helpful for me, before moving into a situation with a more complicated biological organ.

Then, generally, there was a video in some lab or health care setting to really solidify the concept and show how it can be applied. When learning something new, especially in the hard sciences, there’s a temptation to adhere to a script or follow a rule of thumb. The clinical perspective in these courses provides the nuance that is required of expert caregivers.

How did the genetics course inform your perspective on your future field?

I thought it was fantastic just from the very first couple of videos where the instructors are all sitting together at a table talking about how they got into genetics and the different paths there are to get there. Dr. Robert Green and Carrie Blout talked about having your own genome sequenced and what their personal clinical perspectives were on that, which I thought was a really refreshing touch.

It was really reassuring to enjoy the class as much as I did and solidify that I am on the right career path and that I do love genetic counseling so much. I thought that they addressed a lot of the complexity of the genetic field, that’s often really hard to get into in a typical genetics class. Usually [in other courses] there’s just so much material that talking about what genetics can and can’t answer, and the ethics behind it, isn’t on the syllabus. But that became a really core aspect of what HMX course offered. It talks about how language is really important, for example with the shift away from the word mutation or mutant to something a little bit more benign, like variant. These are just the small things that play really largely into patient care and don’t come up in typical genetics courses.

What do you think were the benefits of taking multiple courses at once?

I was pleasantly surprised by how much the physiological concepts could play into genetics and vice versa. There’s quite a bit of overlap in terms of the conditions that are mentioned, even offhand in genetics, that then come really strongly into play when talking about different physiological problems.