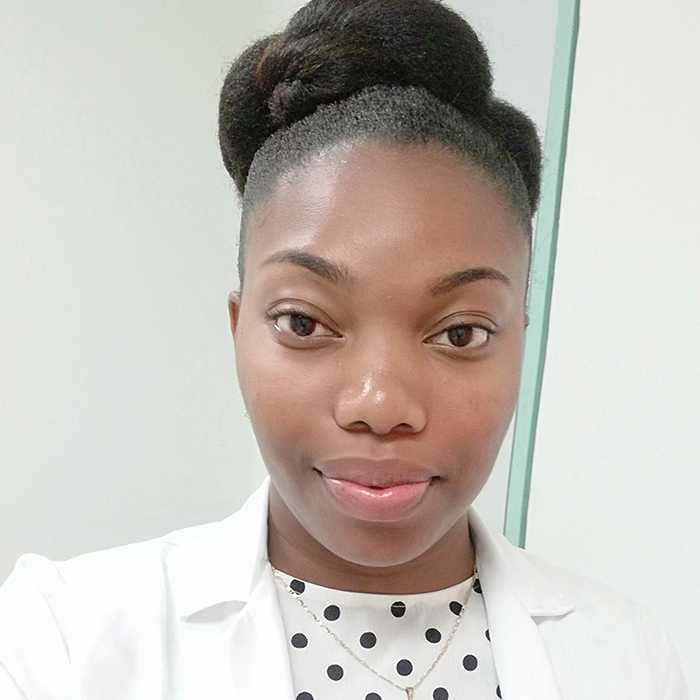 After five years as a pharmacy technician at a hospital in the Caribbean nation of Saint Kitts and Nevis, Ganzell Mills has picked up a lot of knowledge. But she knew she needed more concentrated study to move further in the field. She took HMX Pharmacology to enhance her understanding while preparing to apply for a full-time pharmacy program.

How has the pharmacology course impacted your plans for the future?

Since I completed the course it’s been amazing; it’s been a bit life-changing. From doing this course, everything seems simpler. I was actually getting uninterested in work because since it’s such a small pharmacy, every day is kind of monotonous, the same filling of prescriptions, the same filling the wards, the same everything. But halfway into the course, understanding how a lot of the drugs work on the body and what takes place on the molecular level, it was like work actually started to become interesting now because I wasn’t looking at pain medication the same, I wasn’t looking at work the same; it’s like more getting a feel of what’s going on on a smaller level made me look forward to work and actually made me want to continue pursuing a path in pharmacology.

How much training or education had you had in pharmacology previously?

When I actually first started doing my job, I came straight out of community college. I did natural sciences and never was exposed to anything pharmacy-related. It was sort of on-the-job training, so basically most of the stuff that I know pertaining to my job I did by myself. I just looked and picked up certain patterns – some of the medications, how they were applied or the side effects. I tried to read as much as I could from the papers that came inside of some of the medications.

When I started the pharmacology course, most of the material I could have related to in a small way, but the major parts I didn’t know, and most of it was learning something completely different. So that’s why working in the pharmacy became so interesting, because so much material that I learned I was like, ‘I could apply [it] to this, or this is what really happens.’ It became exciting. Most of the things that I’ve learned now it was because of [HMX Pharmacology].

What did you find most useful or enjoyable about the course?

First, it’s how the course was delivered. I really loved how it was delivered because as soon as I finish one lesson it’s like a small quiz, and by doing that you retain a lot of the information. Also, the real-life scenarios, especially with the opioid situation and the T cells application. Because we actually just got a new ward, a new oncology section which we never had before, but about a year ago it was introduced to the hospital. And it’s actually helping me to understand how some of the cancer medications are applied…That’s how much it impacted on me – the delivery of the course, the testing after, and the situations which you can really see in your everyday work environment.

What makes the HMX approach different from other courses you’ve taken?

At first when I was doing the course, I wasn’t really using pen and paper; I was just watching the videos and trying to retain as much information as I can because sometimes notebook and pen kind of bores me a bit. But just how [the HMX course] was delivered, it was like, ‘wow, it’s not boring at all,’ because the videos are interactive and you don’t feel like in a classroom setting and you don’t feel burdened about learning. That was really helpful to see things differently. Certain times I would see other material at work, we have a lot of books at work and my supervisor would encourage us to read them, but it’s just a bit discouraging…but after doing this, you regain an interest in just learning any material.

Were you able to fit the course into your schedule?

Definitely, I found it easy to do…when you actually sit down, everything [in each lesson] took maybe three hours. It’s actually really easy to do because after you sit and complete one key concept, you go over it and understand everything properly, time goes by and you don’t even know. I was having fun, so it didn’t really matter about the time – only after finishing it I was like, ‘wow, time’s flying.’

When I was younger, my mom did the best she could have in order to provide all the necessities me and my other siblings needed. We didn’t have the finance to afford toys, games, or other electronic devices to keep us occupied but we did have books that our older brother left behind; he’s now an internist. When we got bored, we would read some of those books and over time we grew a love for science, reading and learning. I wouldn’t change that part of growing up because it taught me to appreciate learning and being content with little things. Looking back to then and now, I didn’t know that I would be at this point in my life where I now have a great career and was able to do a course with Harvard. For anyone out there that didn’t have it as fortunate growing up or think they’re not capable of achieving their goals, I want them to know there is a way. There is hope, so don’t give up, because anything is possible.