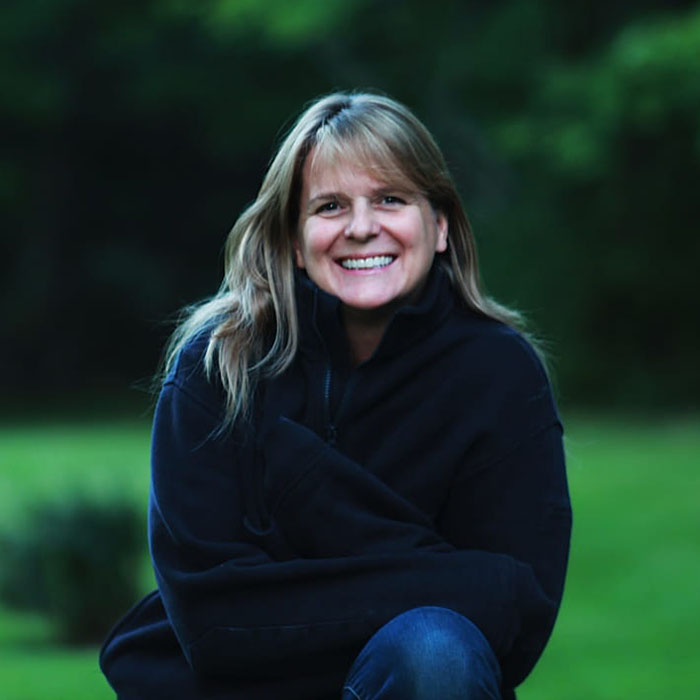 “I wanted to do three things in my life,” says Susan Sandford. “I wanted to be an actor, a mom, and a doctor. I thought at this age that I had done them in the wrong order.” Earlier this year, the 48-year-old single mother of four decided it wasn’t too late to pursue her dreams of a career in global medicine, helping to address the “enormous need” she observed while traveling with her children to do philanthropic work around the world. “I really used the HMX program as a launch pad,” she says. “I just knew that it would give me the leg up that I needed having not had a science class since 1986.” Susan is now continuing her preparation through a post-baccalaureate program at New York University.

How challenging did you find HMX courses?

I actually wrote the Physiology professor [Dr. Richard Schwartzstein] to thank him for making [a subject] that could be really another language so easy to understand. The constant testing for moving everything from working memory into more permanent memory really helped a lot. Taking it in small chunks; the five-minute videos were my favorite. The visuals, the teachers, everything was done so beautifully…In some courses it’s just an information dump and it’s sink-or-swim. I did not get a feeling at all of sink-or-swim with HMX; it was everybody swim. Really, they just wanted you to succeed.

What were your favorite parts about the courses?

[The clinical applications] were really what I loved about HMX. How does it apply to what I personally want to study — which is medicine — and why do you need to know this? It makes you want to learn it more.

I loved the flashcards [in HMX Biochemistry] so much that I’ve implemented them for the chemistry and bio classes for my fellow post-bacc students. When you’re commuting or just sitting outside, it’s so easy to go through it four, five, 10 minutes at a time and it helps to build it as you go.

How have you applied your knowledge in your post-bacc program?

Our biology professor just went through the entire Krebs cycle in an hour and 15-minute lecture. Everyone around me is like, what the heck was that? ‘I didn’t know cells breathe, what’s cellular respiration?’ And I was like, ‘thank you HMX!’.

I anticipated and was fully prepared to be just dragging the plow as the old lady in the row of people who have done sciences within the last five years or so, and I’m not. It’s really nice – it gives me a lot of confidence. I still have to study quite a lot, but it feels nice to not be crying, which many are. I’m actually helping to lead tutoring sessions for other students that did not have the fortune of taking HMX classes before starting school this fall.

Have you referred back to your notes from the HMX courses?

I’m very actively referring back to them. I’d actually left them in my office in the mountains where I took the summer courses. I just drove back to get them – they are invaluable. I actually refer to those before I refer to my textbook…I filled up at least a notebook in all of them.

Any particular lessons that have stuck with you?

I think it was the very end of immunology where they talked about XLA, X-linked agammaglobulinemia … as I read it I called a friend of mine whose son has been very sick since he was 11 months old and said, did your little boy get tested for XLA? And she said he’d just been tested and that’s what they think he has! So it was kind of neat because she could ask me questions about where it comes from and how it gets handed down. It was neat to be able to understand.

It really changed everything for me. Walking into an undergrad science class that moves at the speed of light, it gave me a confidence I didn’t know I was lacking. But to have all this knowledge behind me from such astounding professors, so easy to listen to, it was just great. I have no complaints.